Can we carry a guitar on a plane from the Philippines to Canada? 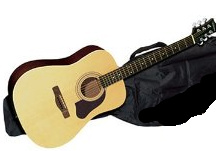 Airlines have different policies concerning cargo, so call your airline and ask.

Last month, my brother brought a classic guitar with him to Canada. He bought one here because he says guitars are much more expensive there.

As we were budgeting our money, we debated whether we would buy the hard case which costs about 3,000 pesos and the soft case, which is just about 450 pesos. The guitar costs 10,000 pesos. If we were sure he could carry it on the plane as a hand-carry, then the soft case would be okay, but we weren’t sure. So, finally, we bought the hard case.

I know we could have saved money if days before, we went to Santa Mesa and bought a guitar from stores there. But the guitar was an instant decision. Would you believe we bought the guitar at a music store inside the SM Megamall on our way to the airport?

Upon check-in with China Airlines people, the guitar was accepted and labeled with airline tags, but was returned to my brother for temporary handling. This was to prevent the guitar from being mixed with the heavier and not-fragile baggages that are handled casually.

He was instructed to hand over the guitar to a crew member upon boarding. The guitar would be placed in storage somewhere on the plane where it’s expected to resist breaking.

After about 16 hours including stop-over time, my brother arrived in Vancouver with the guitar as good as new — no damage.